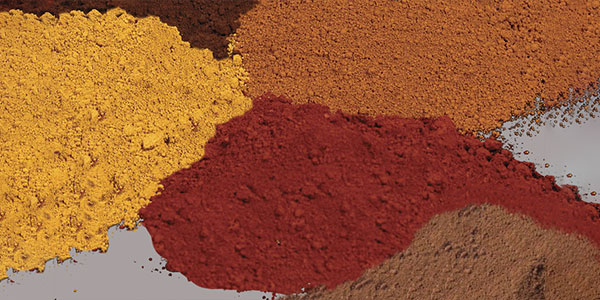 Iron oxide with E-number 172 are yellow, red, brown and black dyes made from oxidised iron. Capsules are added, for example, to protect the active substances against degradation from sunlight.

Experiments have shown that a maximum of 0.054% dissolves under conditions corresponding to that in the gastrointestinal tract. The amount absorbed from dietary supplements is physiologically completely irrelevant as an iron source.

Since both iron and oxygen are elements, the raw material can be called natural. Iron oxide (Fe3O4) is iron that is oxidized, that is, bound to oxygen. Naturally produced iron oxide in some forms of approved supplements do not exist. Iron that rusts in nature is admittedly natural, but chemistry would still have to be used to clean it.

Iron oxide is only unhealthy if inhaled.