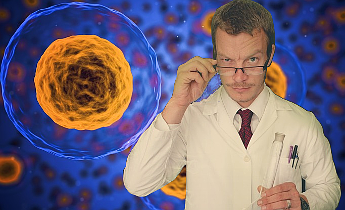 There are many mistaken assumptions about the essential bio-nutrient Coenzyme Q10.  For the most part, these assumptions have been allowed to pass unquestioned and be accepted as fact.

Let's take these assumptions in turn and see what we can make of them.

This point was clearly shown in a double-blind cross-over comparative study conducted by Professor Guillermo Lopez-Lluch, Professor Placido Navas, and a team of researchers at the Pablo de Olavide University in Sevilla, Spain.  In their study, a patented ubiquinone CoQ10 supplement gave significantly better bioavailability than a patented ubiquinol supplement [Lopez-Lluch].

Dr. Judy explains that this misconception may have gotten started as the result of an unscientific comparison of ubiquinol absorption results in a Japanese study with the results from a much earlier Parkinson's disease study in which a dry powdered crystalline form of ubiquinone was used.  The dry powder ubiquinone is poorly absorbed but was the only formulation available back then. This comparison was not good science.

This assertion is to be found all over the Web without any scientific documentation.  Surprisingly, one medical doctor writes in his Web blog, without any references to scientific studies, that “if you're older (than 25), your body becomes more and more challenged to convert the oxidized Q10 to ubiquinol.”  Where does that statement come from?

Actually, a recently published study shows that supplementation with both ubiquinone CoQ10 and ubiquinol will raise the plasma levels of ubiquinol in older men (average age: 63 years) significantly and that the difference in the increases is not statistically significant [Zhang].

Assertion: Ubiquinol is the active form of Coenzyme Q10

As Dr. Judy explains, both redox forms of Coenzyme Q10 are important. The oxidized form, which is called ubiquinone, is essential for the cellular process of ATP energy production. The reduced form, which is known as  ubiquinol, is an important fat-soluble antioxidant protecting against free radical damage to cells and lipids and proteins and DNA.

Assertion: Ubiquinol is synthesized in the body

Dr. Judy explains that ubiquinone is synthesized (manufactured from other compounds) within the body. Ubiquinol is not. The cells convert (do not manufacture) ubiquinone into ubiquinol as needed.

Assertion: People need to take ubiquinol to get ubiquinol into the blood

This statement is not factual.  An often-cited study done by Drs. Mohr, Bowry, and Stocker has shown that we do not need to take a ubiquinol supplement in order to get enough ubiquinol in the blood plasma and in the lipoproteins in the blood. Long-term supplementation on the order of three times 100 mg ubiquinone Q10 per day resulted in four-fold enrichment of ubiquinol in plasma and in LDL-lipoproteins [Mohr].

Furthermore, the Zhang study referred to above showed that older men achieved significantly increased plasma ubiquinol concentrations from both ubiquinone and ubiquinol supplements.  The difference in the increases from the two different supplements was not statistically significant [Zhang]

Assertion: Ubiquinol is absorbed as ubiquinol

As Dr. Passwater points out, a reduced compound such as ubiquinol will oxidize in an oxidative environment such as gastric fluid.  Dr. Judy's lab studies and dog studies have shown that the ubiquinol in ubiquinol supplements is converted to ubiquinone prior to its absorption in the small intestines.  Then, once it has passed into the lymph, it is converted back to ubiquinol, and it passes into the blood circulation as ubiquinol.

The ubiquinol form of Q10 is very unstable and, consequently, much more expensive for the Q10 capsule manufacturer to work with.  Dr. Judy has found ubiquinol is very unstable in air, in water, and in gastric juice. His studies have shown that the ubiquinol inside some ubiquinol capsules has already oxidized to ubiquinone while still in the bottle.

It is important to choose a Coenzyme Q10 supplement that has been tested in randomized, double-blind, placebo-controlled clinical trials such as the Q-Symbio Study [Mortensen], the KiSel-10 Study [Alehagen], and the Gulf War Illness Study [Golomb].