Realise your dream:
HELP HIM BECOME A DADDY! 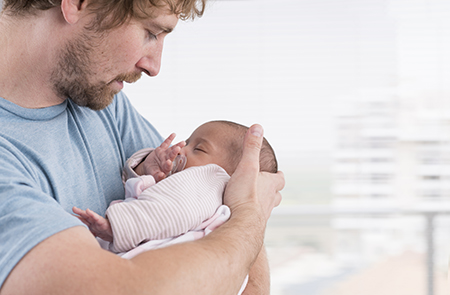 The quality of both active ingredients is documented in an array of scientific studies. Selenium protects the body's cells against oxidative damage, while coenzyme Q10 contributes to the body's energy metabolism inside each cell. In this way the two nutrients in B-Daddy support the production of normal, healthy sperm cells.

Coenzyme Q10 (also known as Q10) is a vitamin-like substance with a crucial role in cellular energy metabolism. In a sense, Q10 is like a "spark plug" that helps the cellular powerhouses (mitochondria) produce energy by means of a conversion of nutritious elements. This process also takes place inside sperm cells. The source of Q10 used in Pharma Nord's B-Daddy is exactly the same as the Q10 that is synthesized by the human body and is 100% natural. In addition, it has superior bio-availability. Bio-Quinone Q10 is the official reference preparation of the ICQA (the International Coenzyme Q10 Association) and is preferred by doctors and scientists worldwide.

Selenium is an essential trace element that supports a variety of different selenium-dependent proteins (seleno proteins) that are vital for human health and well-being. The selenium used in B-Daddy is the Danish, patented selenium yeast called SelenoPrecise® that contains 30 different organically bound selenium compounds. This particular selenium yeast is able to document that 88.7% of its selenium content is absorbed in the human body. In addition to selenium's protective effect on cells, the nutrient is also known to support: 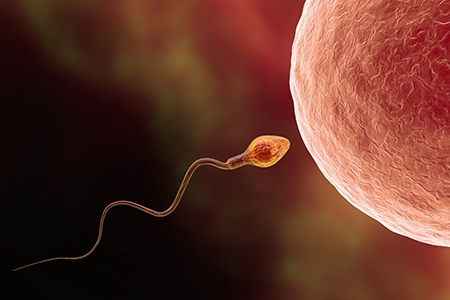 Anatomically speaking, a sperm cell consists of a head, a mid-piece, and a long, moveable tail. The head contains the cell nucleus with the genetic material inside. The mid-section is saturated with mitochondria. Inside every mitochondria Q10 is found. The mitochondria supply the energy needed to fuel the rapid tail movements that propel the sperm cell on its long journey to reach the egg cell.

The number of sperm cells is reduced with each subsequent ejaculation but starts to increase again after a few days of abstinence. Men who wish to become fathers should therefore engage in intercourse every two or three days.

The sperm cells are some of the body’s most energy-consuming cells. They need the energy to swim the relatively long way from the woman’s vagina through her uterus to the fallopian tube where the egg is ferti-lized. It is like a race where very few sperm cells are able to complete the 15-25 cm distance to the egg.

The more healthy sperm cells a man is able to produce, and the faster they are able to swim, the greater the chances of successful conception. This is where B-Daddy comes in as a useful remedy that can ensure the production of normal, healthy sperm cells.