Directions
1 tablet daily, unless otherwise advised. Do not chew the tablet but swallow it whole, preferably during/after a meal.
Do not exceed the recommended daily dosage.

Dietary  supplements should not replace a varied diet.
A healthy lifestyle and a varied balanced diet are important for maintaining good health.

Each tablet of Bio-Chromium contains 100 micrograms of elementary chromium. The chromium used in Bio-Chromium is organically bound meaning it is bound to the yeast's natural amino acids (chromium yeast). It has an excellent bioavailability in the body ensuring that it is up to 10 times more absorbable than other approved sources of chromium. Bio-Chromium is made with a organic source called ChromoPrecise®, which is a chromium yeast developed specifically to provide optimal bio-availability. Bio-Chromium is manufactured not only in compliance with GMP but also according to the highest pharmaceutical standards in order to ensure excellent quality and safety with exhaustive documentation.

ChromoPrecise does not contain live yeast cells, but a chromium-containing protein-rich powder made from yeast cells. Only to persons who are allergic to yeast, is ChromoPrecise not recommended.

From GTF to chromodulin

For many years it was thought that chromium was included as part of a substance called GTF (Glucose Tolerance Factor). GTF were along with chromium believed to consist of the B vitamin, niacin, and the amino acids glycine, cysteine and glutamic acid. The theory of GTF was only partially supported, and the existence of a specific GTF molecule in the body has never been proven.

More recent research has however revealed the existence of a unique chrome-binding molecule called chromodulin, which is slightly different from GTF, but with the same characteristics. So when we talk about chromodulin instead of GTF, it's the same benefits we are referring to.

The body's chromium reserve is around 4-6 mg. With increasing age, the concentration of chromium in various tissues may drop significantly. Snacking on something sweet may offer temporary relief because of the quick "sugar fix" that gives immediate energy, but the effect wears off soon after, leaving them where they started. In the long run, such cravings for sugary foods may have a negative effect on body weight. With a product like Chromium Pharma Nord, you can help your body maintain normal blood sugar levels and prevent these situations from occurring. 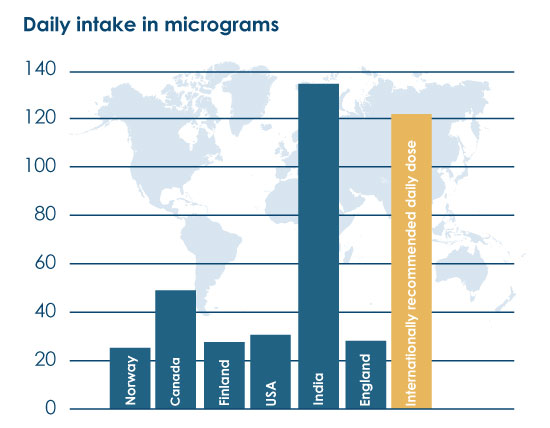 Spices have a high chromium content and that explains why Indian people generally get more of this vital nutrient.

Chromium is an important mineral that contributes to normal metabolism of carbohydrates, lipids, and proteins. In addition, chromium supports biological processes involved in maintaining normal blood sugar levels. Chromium acts by entering into a complex of amino acids on the inner surface of the cells, which helps to ensure a steady supply of glucose from the blood.

The effect of a chromium supplement is determined by how effectively the nutrient is absorbed in the body. Normally, we associate chromium with the chromium-plated fixtures in bathrooms or on motorbikes. The chromium form used for these purposes (industrial chromium) is not part of human biochemistry. We need chromium in its so-called trivalent form. Trivalent means that it is able to form three chemical bonds with other atoms (industrial chromium is hexavalent). Inorganically bound chromium usually has a poor bioavailability in the body despite its trivalent form.

Trivalent chromium also has the property that it binds to lactic acid (lactate). Therefore, the body loses some chromium in situations where the body produces large amounts of lactic acid, for example. by strenuous work, as well as in situations when the cellular energy production is insufficient.

Scandinavian, British, and American dietary analyses show that the average chromium intake is somewhere around 30-40 µg daily. EFSA (the European Food Safety Authority) recommends a daily chromium intake of 40 µg, while the WHO considers the nutrient as safe with intakes up to 250 µg.

What is blood sugar? 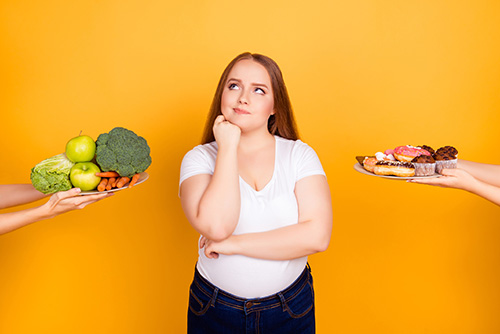 Blood sugar is a common term for blood levels of glucose, which is the body's energy source. The glucose content rises after a meal and subsequently decreases as the glucose is absorbed by the cells. Blood glucose levels are usually lowest in the morning and highest shortly after a meal.

The hormone insulin plays a crucial role in metabolizing sugar, as insulin enables sugar to enter cells. Chromium contributes to the process by enhancing the function of insulin from the inside of the cell while insulin works from the outside.

The European Food Safety Authority (EFSA) has evaluated the evidence behind chromium and has acknowledged the following claims:

Bio-Fiber: Complements the properties of chromium on the blood sugar by increasing the calorie depleted content of the intestine.