Dosage
1 tablet daily, unless otherwise indicated.
Do not exceed the recommended daily dosis.

Do not chew the tablet, swallow it whole, preferably during or after a meal.

This product is not suitable for children under 1 year.

A healthy lifestyle and a varied diet is important to maintain good health.

Storage
Store in a cool, dry place protected from direct sunlight.
Keep out of the reach of children.

What is Q10 Multivit?

Q10 Multivit Pharma Nord is a high quality multivitamin with selenium and Q10 produced according to pharmaceutical standards and prepared for optimal absorption. The product comes in white tablets containing a complex with six essential B vitamins as well as the two water-soluble antioxidants vitamin C and selenium, and the two fat-soluble antioxidants vitamin E and coenzyme Q10.

The focus of this preparation is in part the body's energy levels and also protection against oxidative stress.

No iron
Q10 Multivit does not contain iron. This is due to the fact that not everyone will benefit from an iron supplement. People who do need extra iron can easily take an organic iron supplement along with Q10 Multivit.

Vitamins are essential, organic compounds that the body is either unable to produce or produces in amounts that are inadequate. That is why we need vitamins from our diet. A nutrient can only be refered to as a vitamin if a deficiency causes a specific disease. Vitamins are grouped as either water-soluble or fat-soluble vitamins. The water-soluble vitamins are not stored in the body but are excreted relatively quickly. The fat-soluble vitamins, on the other hand, are stored and take longer to exit the body. For that reason it takes a while before signs of a deficiency occur.

Some vitamins like vitamin C, vitamin E and the mineral selenium have antioxidant properties meaning that they are able to protect cellular DNA, proteins, and lipids against so-called oxidative stress. In a multivitamin complex, the relation between the individual vitamins and minerals is adjusted proportionally. Q10 Multivit contains 10 different nutrients.

Beside Vitamin C's contribution to reducing tiredness and fatigue, it contributes to the collagen formation for healthy bones, gums, skin, teeth and cartilage. It is also able to regenerate vitamin E that has been damages by free radicals. Vitamin E's major function is to protect the cells from oxidative stress like the B-vitamins who support the energy metabolism and contribute to reducing tiredness and fatigue.

The best source of vitamins and also minerals is a healthy varied diet, preferably with a lot of unrefined foods. Good vitamin and mineral sources generally include: 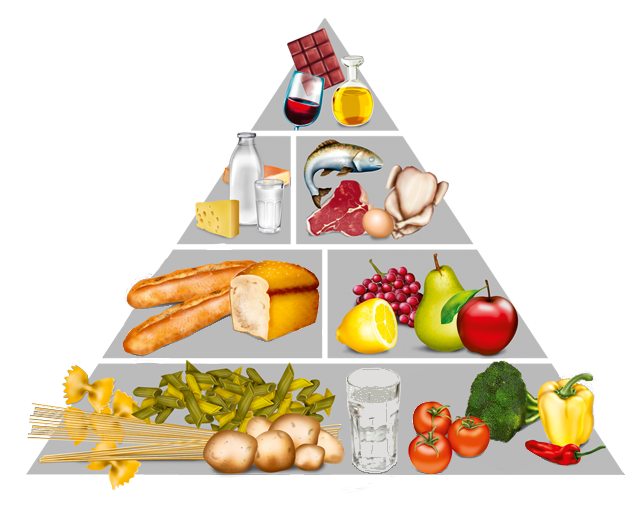 Q10 Multivit contains Pharma Nord’s patented selenium yeast with high-absorbable organic selenomethionine and more than 30 other organically bound selenium compounds. The preparation is unique in the sense that it it emulates the various selenium compounds we get from selenium rich food and is able to document a very high level of bio-availability and a stable quality:

Selenium is an essential trace element that supports an array of selenoproteins and selenium-dependent enzymes that are important for human health and well-being. One of these enzymes is glutathione peroxidase (Gsh-Px), which has several important functions in the body. In addition, selenium support a normal thyroid function. The thyroid function helps the metabolism in balance. Furthermore selenium supports biological processes as:

Where is selenium found?

The diet in low-selenium countries such as Denmark, in contrast, provides as little as 45-50 μg selenium per day.

Coenzyme Q10 is a vitamin-related substance with a crucial role in cellular energy metabolism. It contributes actively to the conversion of fat, protein, carbohydrate, and also alcohol to ATP (adenosine triphosphate), a molecule that stores energy in its chemical form. When a cell needs energy it splits  the ATP molecule, releasing the energy that is trapped inside. The entire process takes place inside the cells in some small bean-shaped structures called mitochondria. Muscle cells need particularly large quantities of energy. For that reason, muscle cells contain substantially more mitochondria than other cell types. The heart muscle is a good example of body tissue with larger mitochondrial density because of the heart’s enormous energy requirement.
Coenzyme Q10 is also a powerful antioxidant.

Q10 as an antioxidant

Coenzyme Q10’s ability to capture and donate electrons makes it suited for eliminating reactive oxygen species (ROS) that may occur naturally as byproducts of the body’s metabolism, or as a result of external factors like radiation or chemical pollution. Substances with these properties are called antioxidants. Supported by other antioxidants such as e.g. vitamin E, vitamin C, and natural enzymes, coenzyme Q10 constitutes a defense mechanism against such potentially harmful oxygen compounds.

Q10 occurs naturally in several types of food. Some of the best sources include:

In addition, we humans are able to synthesize our own coenzyme Q10. The endogenous production takes place in the liver. With increasing age or as a result of disease, the ability to produce our own Q10 decline. Experts believe that the body’s Q10 content peaks when we are 20-25 years of age. From this point onward, the endogenous production begins on a downward slope.

The illustration shows the average, natural drop in Q10 content of different organs from the age of 20 to 80 years

Although it has not been established accurately the diet is thought to provide somewhere between 5-10 mg coenzyme Q10 daily. The body has its own 1 – 1.5 gram Q10 reserve, with most of the compound stored in the heart, liver, and kidneys.

Q10 and cholesterol share the same biochemical pathway (cholesterol is also synthesized in the liver). Studies have shown how some cholesterol-lowering drugs inhibit the body’s endogenous production of Q10.

Even long-term supplementation with Q10 does not affect the body’s endogenous production of the compound. There are only few side effects connected with use of coenzyme Q10, which makes it a very safe substance. There is more than 20 years of experience connected with the use of Bio-Qinon Q10.

There are several biochemical rationales for using coezyme Q10 supplementation: