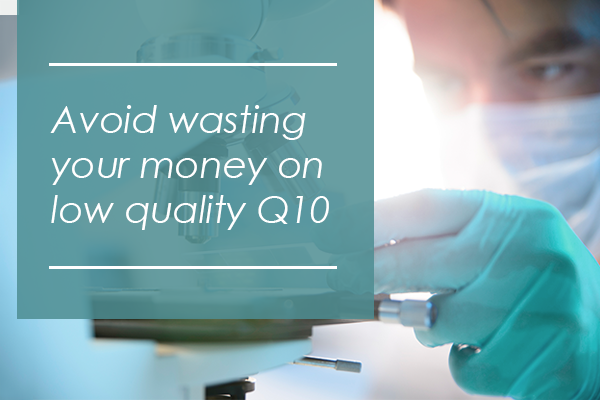 Why are so many people buying Q10 preparations without knowing if the body can even absorb the substance? A completely new study, which compared the absorption of six different ubiquinone preparations, surprisingly showed that only one of the preparations had a good absorption. The remaining five preparations got low scores and one was not taken up at all.

If this quality difference is in any way representative of the Q10 market, there are many consumers worldwide wasting their money on inactive Q10 products. 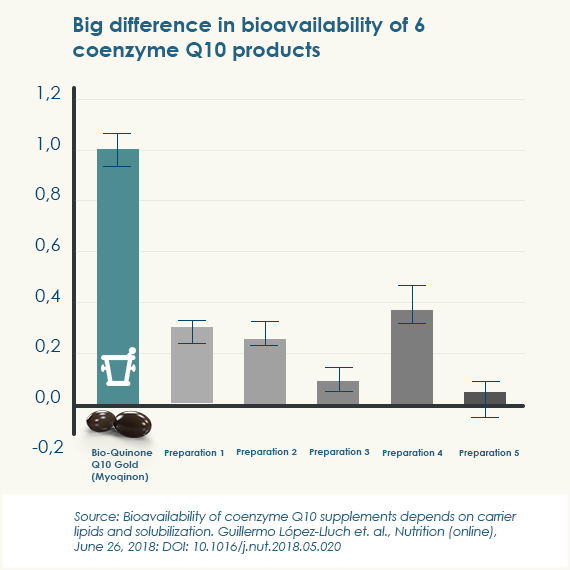 In the study, published in the journal Nutrition, researchers tested a 100 mg dose of different Q10 formulations. The test was performed on 14 healthy people. The purpose of the study was to show how well or bad the various formulations were absorbed into the body. After taking each single dose, the participants had to wait for four weeks before receiving the next preparation. Only one preparation got top marks, and it was Q10 from the Danish company Pharma Nord.

Pharma Nord's Q10 preparation contains pharmaceutical grade coenzyme Q10 in a custom-made soybean oil. It turned out that this preparation was absorbed about twice as well as the preparation that came in second place and three times better (at least) than the other preparations. The survey was led by one of the world's leading Q10 researchers, Professor Placido Navas of Pablo de Olavide University in Seville, Spain.

It is not the first time that Pharma Nord's Q10 preparation score highest in a test of bioavailability. It is the best-documented Q10 preparation regarding absorption and safety, and for that reason, Pharma Nord's Q10 was used in two of the so far largest and most cutting edge Q10 studies ever, the Q-Symbio study  published in Journal of the American College of Cardiology, Heart Failure, 2014, and the KiSel-10 study, published in International Journal of Cardiology, 2013.

Q10 must be processed in a certain way

Coenzyme Q10 is by nature a substance that the body has difficulty absorbing. The Q10 molecules tend to clump together and form large, indigestible crystals that can not penetrate the intestinal wall and enter into the bloodstream. Pharma Nord has developed a unique manufacturing method, mixing coenzyme Q10 with two soya oils with different melting points. Next, the Q10 / oil mix are exposed to a special heat treatment that changes the surface of the crystals. This causes the crystals to dissolve completely when they come down in the gut to be digested. The individual Q10 molecules can now pass through the intestinal wall and into the bloodstream via the lymphatic tract.