Vitamin C is important for your brain 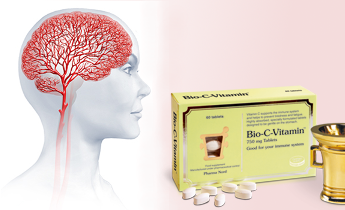 Scientists already know that some of the earliest symptoms of pronounced lack of vitamin C (starting scurvy) are fatigue, mood swings and depression, which is precisely related to the brain and its function. In a new article in the Danish scientific journal Aktuel Naturvidenskab (no. 4, 2016) researchers elaborate on vitamin C's functions in the brain.

Danish researchers have conducted an experiment with young guinea pigs that have been exposed to vitamin C deficiency for two months. In humans, this corresponds to the period from child to teenager.

The researchers observed that the animals due to lack of vitamin had a reduced ability to remember and to orient themselves in a labyrinth.

Depending on the vitamin C from the diet

Although there are big differences in guinea pigs and humans, however, they have one thing in common: none of them are able to produce vitamin C in their body.